Book review: “Elon Musk: Tesla, SpaceX, and the Quest for a Fantastic Future” 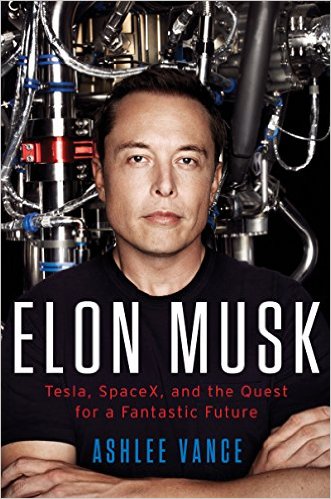 I have to admit that before I read the book, I had a deep dislike for Elon Musk. I am not a big fan of egomaniac super star CEOs to put it mildly.

Over the years I followed Tesla but not in much detail, I always thought it is just a big hype. But recently I had the chance to catch a ride with a Model S and was very positively surprised. So as part of my vacation book package I downloaded the Elon Musk biography.

What did I learn from the book ?

1. Elon Musk was not the founder of Paypal. He was the founder of X.com which merged with Paypal. This turned him into a big shareholder and he made a lot of money but technically Paypal was not his idea.

2. His goal for life is to bring people to Mars because he is afraid that the Earth at some point in time is uninhabitable. That’s why he founded SpaceX. Tesla and SolarCity are more like an “accident”. Hi heart is in SpaceX.

3. At work level, he seems to be a real Axxxxxx, he fired his 10+ years personal assistant because she wanted a pay raise. I am not sure if you need to be such an idiot to be successful. However after Steve Jobs’ success many tech founders seem to think so.

4. He does scientific mindset and understands a lot of the technology. He never accepts the status quo similar to Steve Job’s “reality distortion” ability. For some reason, reality often follows his wishes. One example for instance is his insistence to use normal, uncertificated tech for SpaceX rockets instead of expensive, certificated stuff. Everyone said it wouldn’t work but it did.

5. Reading the book, it is clearly that he is a very dedicated guy who got much farther than anyone else thought, both with SpaceX and Tesla. In both cases he challenged fundamentally how things are done.

6. Nevertheless I would still never invest in one of his ventures. He always moves “on the edge” and the financial crises almost killed everything he had. There is little “margin of Safety” in what he does.

Overall, after reading the biography I still think that Elon Musk is still an egomaniac and also narcistic founder/CEO but I do now have much more respect of his achievements. And if he comes up

The book itself is written quite well. It starts slow with a lot of (in my view not very interesting) childhood stuff but then gets much better. Overall I definitely can recommend it as one of the better CEO biographies I have read over the years.