DISCLAIMER: THIS IS NOT INVESTMENT ADVICE. PLEASE DO YOUR OWN RESEARCH !!!!!

END_OF_DOCUMENT_TOKEN_TO_BE_REPLACED

The battle for Whole Foods might just have started

Where are we in the Potash price cycle ?

Why any Blockchain technology needs Governance, too .

One of the biggest and highest profile Spin-offs in Europe this year is clearly the separation of Swedish SCA (“Svenka Cellulosa Aktiebolget”) into an “integrated forest product group” which keeps the SCA name and a consumer product entity named “Essity”. 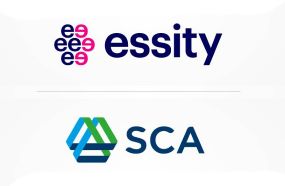 SCA communicated this already more than two years ago and starting this week, June 12th the spin-off is actually executed, with every SCA shareholder receiving one Essity share per SCA share.

END_OF_DOCUMENT_TOKEN_TO_BE_REPLACED

So where is the upside ?

After “bashing” them in the first post, the question is: Is there an upside and if yes where ?

With Steve Kaufer, the CEO, one of the founders is still on board. His salary is rather modest but he got plenty of options awarded in the previous years. According to Bloomberg, he received option in the original value of ~33 mn USD in 2014 to 2016. He owns  shares in an amount of 17 mn USD, which is not huge but still not insignificant.

In his 2016 letter to the shareholders he writes the following:

END_OF_DOCUMENT_TOKEN_TO_BE_REPLACED

A good summary why most investors these days hate banks

The unstoppable rise of the QR code in China

Wow, my blog has been included in the “50 Of The Best Investing Blogs On The Planet”