Book review: “Shoe Dog – A Memoir by the Creator of NIKE” – Phil Knight 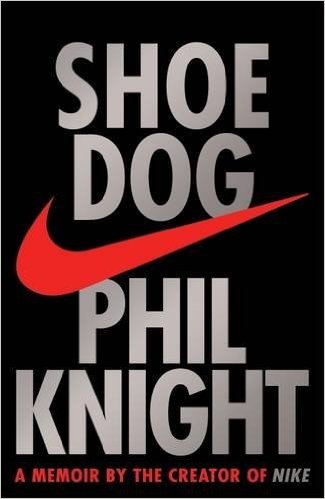 “Shoe Dog” is the memoir of Phil Knight’s early years as founder and CEO of NIKE.

As a University track runner, he got the idea to import sport shoes from Japan. Without much preparation he flew to Japan and actually managed to get the importer contract for the Japanese Tiger brand.

The first shoes he sold on track & field competitions literally out of the trunk of his car. For the first years, he worked as a CPA at day and financed the shoe business with his salary. The creation of the NIKE brand was more or less a “forced coincidence” when the Japanese company tried to kick them out of their deal.

As the company was founded with very little equity, (only 1000 USD, with his former coach as 49% partner), the company was for many years always on the brink of bankruptcy and was saved once by the parents of an employee and another time by a Japanese trading company.

I was very surprised how well the book is written. I am not sure but I think most of the memoir is written by Phil Knight himself. The book reads much more like a Thriller than like a (somewhat boring) “How I did it” memoir. For the first 200 pages or so I couldn’t put the book down. Although the end of the story is well know it is nevertheless fascinating to read how the first 10 years or so they limped from one near death experience to the other.

What I also find interesting is that Phil Knight mostly describes the mistakes he made. If you read the book you get the impression “What the hell did he actually do ?” for NIKE to become so succesful. In his descriptions it is almost always his employees or his former partner who came up with the best ideas. His leadership style seemed to be very team oriented and “Hands off”, a nice contrast to the “maniac detail obsessed” guys like Bezos and Jobs. My interpretation is that he basically was responsible for the general direction and strategy and let his employees do whatever they thought was the right thing to do.

My learnings from the book:

Overall I can only recommend this book. I think it makes a perfect and surprisingly “thrilling” read especially for the summer holidays.