Bilfinger is a traditional German and international construction company with a history going back to 1880. As many of its peers, it tried to diversify away from the risky large-scale construction business into concessions and services. 3 years ago, Bilfinger surprised many by naming the the former German politician Roland Koch as new CEO. In 2011, Swedisch activist fund Cevian disclosed a 10% position and has increased this to 20% making them Bilfinger’s largest shareholders. Under Koch many of the traditional construction subsidiaries were sold and many new services companies were acquired. I counted 13 acquisitions in 2012 and 2013.

Up until early 2014, the strategy seemed to have worked well, margins and ROE/ROIC increased and the stock price hit an all time high of 93 EUR in April 2014.

However since then, it seems that the “wheels went off”. Koch had to lower the guidance for 2014 2 times with quite significant impact on the share price as we can see in the chart:

Quite surprisingly for a traditional German company, he left the office on the very same day with his predecessor becoming his successor. There is some speculation in the press why this happened so fast but I think that activist investor Cevian was most likely also involved in this decision. Interestingly, Koch was buying shares for his personal account in July, so even he seems to have been surprised to a certain extent.

I am a big fan of the saying “never catch a falling knife”. In the Bilfinger case we have a lot of risks:

– some of the many acquisitions could lead to further write downs, especially if a new CEO comes in and goes for the “kitchen sink” approach
– especially the energy business has some structural problems
– fundamentally the company is cheap but not super cheap
– often, when the bad news start to hit, the really bad news only comes out later like for instance Royal Imtech, which was in a very similar business. I don’t think that we will see actual fraud issues at Bilfinger, but who knows ?

On the plus side however we do have also a couple of arguments:

+ Bilfinger still has only a low amount of debt outstanding, so I don’t thin we will see a “Royal Imtech scenario”
+ Cevian will not sit back and watch. They have board members and a proven track record. They are usually in for the long-term but act quickly if things go wrong
+ Bilfinger does not have a majority owner and could be an M&A target
+ Bilfinger is a traditionally well-managed company
+ Analyst sentiment is already pretty bad (lowest quarter of the HDAX)

Especially the Cevian involvement looks interesting. The final target is pretty clear: By shifting the business mix more into engineering/service, they want to realise higher multiples than what traditionally is associated with “real” construction companies. Especially companies like Arcadis or Atkins trade at EV/EBITDA multiples of 8x-10. Bilfinger currently trades at around 6x EV/EBITDA, 10x EV/EBIT and 11 times earnings based on the reduced 2014 estimates. So there is clearly some potential here if they manage to stabilize the company.

On the other hand, Cevian clearly didn’t see that coming either. They actually increased their position in May when the stock traded north of 85 EUR. I would estimate that they paid around 70 EUR per share for their whole position.

Also, when we look at other comparable situations for instance Suedzucker, we can clearly see that the “knife can fall” a very long way down:

Clearly Suedzucker is not comparable to Bilfinger but it shows that one can easily lose 2/3 or more within a relatively short period of time if things og bad.

Despite the lure of a “bargain” I will not invest now. For now I will stick to my principles and not catch a falling knife 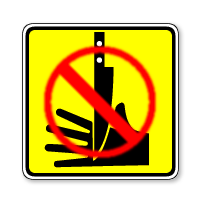 What could make me change my mind ? For instance a new CEO who does not need to start with an accounting bloodbath……