Executive summary: Although American Express looks cheap based on their historic profitability, the company is subject to rapid technological change and fierce competition in the payment industry. To me it is not clear how this will work out going forward, so for the time being I will not invest but look deeper into the industry. 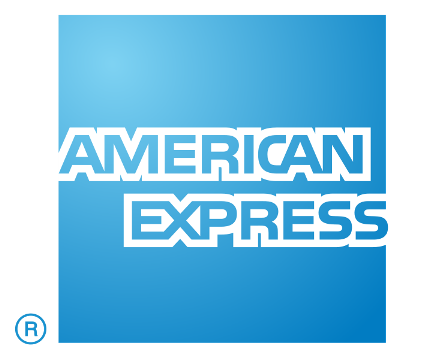 American Express is well known in value investment circles because Buffett owns ~15% of the company and made a lot of money with it.

Recently the stock price came under pressure mainly because:

A quick look at the business

The best way to explain Amex is to compare it to the main competitors VISA and Master Card.

So if you own a Visa, card, the card is actually issued by a bank and the payments are processed along a chain of banks who operate under a common standard. There is a good post on the priceonomics blog explaining the history of VISA. If you own an Amex card, the payment is processed only on Amex systems, no banks are involved.

Wikipedia has actually a pretty good description of the business model in its Amex entry.

When a consumer makes a purchase using a credit or charge card, a small portion of the price is paid as a fee (known as the merchant discount), with the merchant keeping the remainder. There are typically three parties who split this fee amongst themselves:

Most Prime and Superprime card issuers use the majority of their interchange revenue to fund loyalty programs like frequent flyer points and cash back, and hence their profit from card spending is small relative to the interest they earn from card lending.

Credit cards are clearly one of the earliest and easiest examples for the network effect. A credit card network clearly gets more valuable the more it is accepted around the country and the world. For traditional payment cards the effort is twofold: You have to attract both, consumers to actually use the cards and merchants to accept them. On both sides that is not that easy and a competitive market. But once you have a big network, it is not that easy for any competitor to enter the market.

Payment cards are actually very wide spread, many retailers for instance issue their own cards like the Starbucks Card or the Ikea card. The disadvantage is of course that you can use them only within the specific chain of stores and many people (myself included) hate to run around with dozens of cards.

Overall, the network effect is clearly there but on the other hand, Amex clearly is not the largest network. Globally, Visa and Mastercard are bigger. According to some reports, Amex has also the disadvantage that they require separate machines for the merchants, whereas Visa, Mastercard etc. can all be processed via one machine.

If we look at market share, Visa as the biggest has been clearly gaining market share, interestingly at least until 2015, whereas MasterCard seems to have been the “market share donator”:

The main “value” of a card network is however not transferring money but detecting fraud and checking credit limits. There is a very good article on Forbes about Visa.

Amex has historically been successful in attracting comparably richer people to use its card. Historically, Amex started out as a “travel and entertainment” card for business travellers, compared to “normal consumer” cards issued by the banks.

Amex charges merchants usually more than other cards, however part of this gets “rebated” to card holders in the form of extra services (Airport lounges etc.) and vouchers/bonus points. This clearly incentivizes card holders to use the Amex card if they have the choice as the price for the cardholder is the same, independent from the fee that Amex charges.

Merchants clearly have every incentive to steer clients to “cheaper” cards. So this is a continuing struggle. So far, Amex has managed that pretty well but it needs to be seen how this will work in the future, especially with the above mentioned change in legislation.

The Costco co-branding relationship was clearly a business where Amex didn’t really have any competitive advantages. Even worse, Amex is competing in this space with players who will accept deals at much lower returns (Bank ROEs are 10% or less compared to 25% for Amex).

There is currently a big hype how “fintech” will disrupt the financial industry. “peer-to- peer lending”, “peer-to-peer payments” are some of the buzzwords here.

For me, some companies have very obvious problems, such as Western Union who lives from charging 10% or more for money transfers into poor countries.

I am not so sure that credit card companies will be the losers in this game. Take Apple Pay for instance. Apple pay is “only” the surface of the payment process, the back end is actually operated by American Express. Paying with a smart phone still requires at one point debiting the account of the payer and crediting the account of the seller and this requires an infrastructure.

Paypal in my opinion to a certain extent is a threat as they do have a kind of similar “backbone” but compared to a credit cards, they just transfer money but don’t extend credit.

Interestingly even in “quality journals” like the WSJ you find articles like this which praise mobile payments without really understanding what’s behind it. The best indicator that the “Fintech boom” is about to hit a road blcok is the fact, that in this year’s Davos Economic Forum Fintech was the main topic and the big banks were claiming that they are all Fintechs now.

However, as I said before, technological change is clearly happening and one needs to really understand how this could effect card networks. Amercian Express in its history was able to transform itself from an express mail service to money order to traveller cheques to credit cards. In the 1980ties, Amercian Express even tried its luck in Investment Banking, but got out in 1994 by finally spinning of its subsidiary Lehman Brothers (smart move….).

Nevertheless, there is a clear risk that, if for some reason, Amex is not able to adapt to the changing landscape,  it might be the typical “value trap”.

Reading the annual report 2015 of American Express makes clerar that they are aware of the risks.

It will be interesting to see, if andf how quickly mobile payments will take off. Clearly, Mobile payments have the potential toi change things, although it is difficult to understand how.

A few observations on the 2015 annual report

Positive: Clear communication with regard to the challenges. However I couldn’t find a real strategy how they will move forward.

Cost savings are OK, but the question remains why they didn’t start that earlier. One interesting aspect: Amex also has been hurt by oil (and gas) prices. Lower gas bills mean lower revenues if you charge % if volumes.

It is pretty obvious that Amex is facing lots of challenges, the loss of the Costco account is only one of them. At the time being however I cannot judge if there is really a big threat to the business.

On the other hand, there is clearly also some structural change in the industry and it is difficult to charge if credit card networks are winners or losers in this game.

In cases where structural changes are highly likely, it is not a very good strategy to assume profit “mean reversion”, as this could lead investors into typical “value trap situations”.

I will need to dig deeper into payments and credit cards in order to better understand how the risk/reward scenario for Amex could look like. So stay tuned, maybe I even start a kind of “payment series” like last year’s “Watch series”.