As this turned into a pretty long post again, quickly the highlights. I do think that Italgas SpA, the recent Spin-off from SNAM SpA represents a potentially interesting special situation investment because:

For those reasons I initiated a 2,7% position for my portfolio for my “Special Situation” bucket.

DISCLAIMER: This is not investment advice. Please do your own research !!!!

According to Bloomberg, Italgas SpA

Italgas Spa was spun-off from SNAM SpA on November 7th. 2016.

Following the demerger, Snam can concentrate its energies on the development of the transport, storage and regasification activities in Italy and abroad in order to maximise the current asset portfolio value and offer new services for satisfying a market which is developing continuously. A strategy which will be pursued by maintaining – as always – rigorous financial discipline, a solid balance sheet structure and a low risk profile, to ensure the profitable and sustainable growth which the Shareholders have always appreciated over time.

My interpretation is the following: SNAM has ambitions to become a European gas infrastructure provider. Due to the Italgas business, the stock market didn’t give them a lot of credit (and multiple) for their non-Italian assets, so splitting up the company then should result in a nice valuation boost.

If we look at the chart we can clearly see that this didn’t work, even if we adjust for the 0,82 EUR per share “official” spin-off adjustment which is not reflected in the chart:

Official spin-off date was November 7th, the day before the US election which was maybe not optimal. Every SNAM shareholder got 1 Italgas share for 5 SNAM shares, representing in total ~86% of ITalgas, SNAM kept a stake of~14%.

Looking at the detail chart we can see that for until the day of the US election, the stock price kept up to around 3,90-4,00 EUR but then dropped like a stone to around 3,15 EUR/sahre at the time of writing

If we look at the Uniper Spin-off, we can see that for the first 10-12 trading days the stock was also under pressure but not as much as Italgas:

This is quite interesting, as in my opinion the “Must sell” ETF shareholders were more important for E.On than for Snam. If I use the Bloomberg HDS function, ETF ownership is 7% for E.On vs. 3,3% for SNAM.

So now one could speculate why the Italgas Spin-off performed so badly. I think it could be a combination of bad timing (US election), fear of an adverse outcome of “the referendum” and neglect by the market as everyone tried to figure out what Trump means for anything. In my opinion this is clearly a hint that some “market dislocation” could be at play here which makes this interesting.

Some thoughts on Italy & “The referendum”

I guess many people think: Oh my god, how can you even think to invest in Italy before “the referendum”. Shouldn’t we just wait and invest then ? Well, if I have learned one thing after Brexit and the US elections then it is the following: First of all, these days it is very difficult to predict outcomes of such events. Just forget the polls (where currently Renzo is supposed to lose and resign). Second, even if one would know the outcomes, it is still close to impossible to predict the market’s reaction. So for me it is clear that the best strategy remains to just ignore those kind of political events.

On top of that, many people I know think that Italy is doomed and will go the same way as Greece. I have no crystal ball, but on the other hand some things are happening in Italy. It looks like that the old “Italy Gentlemen’s club” gets slowly dismantled with outsiders coming in and changing things. One very good example in my opinion is Unicredit. French CEO Mustier really has moved things since he started a few months ago and there also seems to be some progress. Also other long-standing Italian strongholds like Pirelli, Telecom Italia or Generali have been shaken up by outsiders/Foreigners. Such things take time as the end of the “Deutschland AG” has shown, but the changes are almost always profound and very positive.

The stock market however is not impressed. With -24% YTD the Italian stock market is one of the worst markets globally this year, only Nigeria is doing worse with -40%.

It is interesting to compare the Italian FTSE MIB index for instance with the French CAC40. Until January this year they went more or less parallel, before then Italian stocks significantly underperformed: 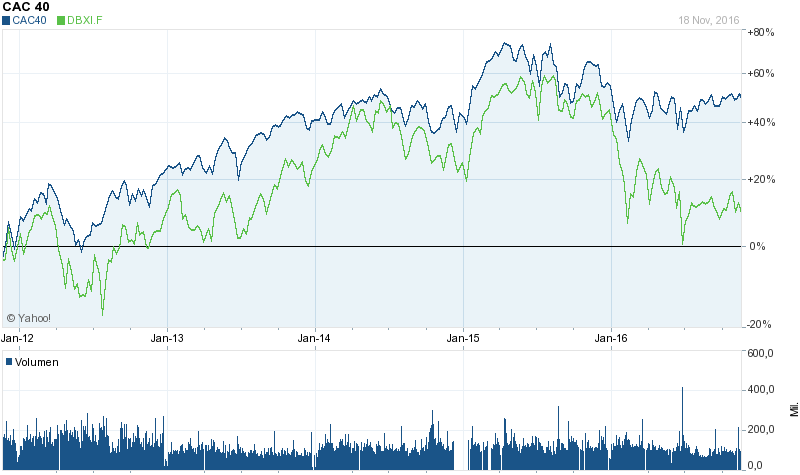 Based on my experience, I will be too early, but on the other hand if the investment is attractive enough, I just don’t care.

Valuation: It’s all about the Regulated Asset Base (RAB)

For “simple” regulated distribution networks like Italgas, the basis for valuation in “professional circles” is the regulated asset base (RAB). This is the basis for what the company can charge the amount granted by the regulators.

Depending on the jurisdictions, there are different multiples used, but as a general rule neither gas nor electricity networks trade below RAB (Enterprise value, including debt).

On average, such assets have a private market value anywhere between 1,0 and 1,5x RAB (based on EV).

The current valuation a 3,15 EUR/share looks as follows:

So Italgas is clearly trading at the lower point of potential ranges.

Interestingly, In march 2016 when the spin-off was discussed for the first time, Jeffries thought that this would be the appropriate valuation:

A research note from London-based Jefferies said that it valued Italgas at about 7.3 billion euros, representing a premium to the roughly 5.6 billion euro value of its regulated asset base (RAB).

Finally, based on traditional valuation metrics, the Stock doesn’t look that expensive either:

If we assume that in 2/3/4/5 years we will see the midpoint valuation of 4,4 EUR, this translates into the following IRRs as an investor (including dividends) based on the current 3,15 EUR::

Not bad, but clearly depending on a “multiple expansion” and the longer it takes the lower the annualized return. However, if we assume a 25% probability for each case, the expected return would be something like 17,4% which looks interesting.

This does not take into any growth opportunities due to the change in legislation. Management hints that they could increase RAB by 2 bn over 3-5 years. If we assume that the market value the RAB at 1,25x than this could add at least 0,60 value per share.

The general business model is relatively “risk free” itself:

+ the business has a natural monopoly (Moat) as it is not commercially viable to have more than one Natural Gas transmission net
+ there no volume risk (they can charge their fee whatever the underlying volume looks like)
+ no commodity price risk
+ certain interest rate sensitivity but mitigation via adjustments of rates (every 6 years)
+ RAB is inflation adjusted
+ compared to electricity networks, the structure of the gas network is not challenged by innovation like Wind farms etc.

The biggest risk with regard to regulation is the issue, that concessions are always limited in time and that the Government might just change the rules of the game.

One of the major risks of regulated businesses is that they lose their concessions at expiry. Depending on the sector, the old operators then get either nothing (roads) or some kind of compensation which usually is less than market value.

For gas distribution, the current status of Italian concessions is pretty well summarized in the initial listing document (from page 35). At first this sounds scary:

As of 31 December 2015, the above-mentioned concessions, which are held by Italgas Reti and its Subsidiaries (Napoletanagas S.p.A. (“Napoletanagas”), AES Torino S.p.A. (“AES Torino”)10 and ACAM Gas S.p.A. (“ACAM Gas”), come to a total of 1,472, of which 1,183 have expired. The average remaining life of the concessions still in force is equal to 7 years. During financial year 2015, 74% (i.e., €756 million) of Italgas Reti’s income for carrying services was tied to expired concessions; during the first half of 2016, this percentage is equal to 73%. In the Italgas Strategic Plan, the Italgas Group assumes that the expired concessions are re-assigned to the winner of the tenders provided for by the applicable legislation during the period 2016- 2020.

For the sake of completeness, it should be noted that the issue relating to the expiration of concessions concerns not only the Italgas Reti Group, but all operators active in the gas distribution sector in Italy. In this regard, from the moment the gas distribution service is qualified as a public service, the companies of the Italgas Reti Group – also following the expiry of the concession – continue and should continue with the management of the service (and be remunerated), limited to the ordinary administration, until the start date of the new concession (Art. 14 of Legislative Decree No. 164 of 2000).

So clearly, Italgas is at risk losing concessions, on the other hand they have also the uprise of winning additional ones. Interestingly, in the complex code of how concessions are awarded, the technical ability seems to score highest which is of course an advantage for already active (and large) companies.

Management is optimistic that they not only keep their concessions but that they are gaining market share from currently around 30% or so to up to 40%.

As this is Italy, this process seems to take longer than expected and clearly leads to uncertainty. On the other hand, I do think that the current overall uncertainties will limit the amount of competitors especially from outside Italy. All in all, my subjective impression is that this is at least as much opportunity as risk for Italgas.

From a fundamental point of view and using RAB as a basis, the downside seems to be limited (-10%) whereas the upside looks good even without taking into account potential growth opportunities, with expected returns in the 15-20% p.a. assuming 2-3 years until the “Normalization” takes place.

There is clearly risk involved and reasonms why the stock is cheap with regard to the current status of the concessions, but as this is an uncorrelated (or even fundamentally negatively correlated) risk to the overall market risk, I have no problem with this.

On top of that I am not so pesimistic about Italy as many other investors; I do think that currently a lot of pessmism is already priced in.