In July last year I introduced Pfandbriefbank as a “forced IPO” special situation. That’s what I wrote at the end of the post:

As I have said in the beginning, PBB is a simple case: I do think that the “forced IPO” of PBB from the German Government has created a typical special situation with good upside potential. This is clearly no “shooting out the lights” grand slam home run. In golf terms I would say that this is a “solid 6 or 7 iron” shot.

Looking at the perfomance of the stock since then, it looks like in Golf language that my “solid 6 or 7 iron” nevertheless “landed in the rough” with the stock being down -23% vs. -9% in the CDAX. 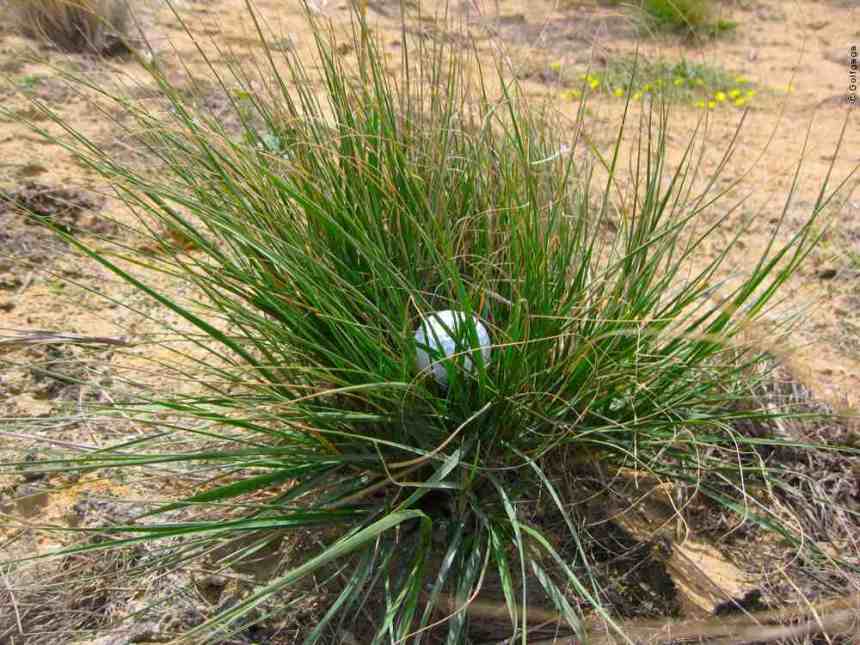 To add insult to injury, even Aareal Bank performed better with -17%, but Commerzbank (-29%) and Deutsche Bank (-48%) did worse. Overall the EuroStoxx banking subindex made -33% in the same period. 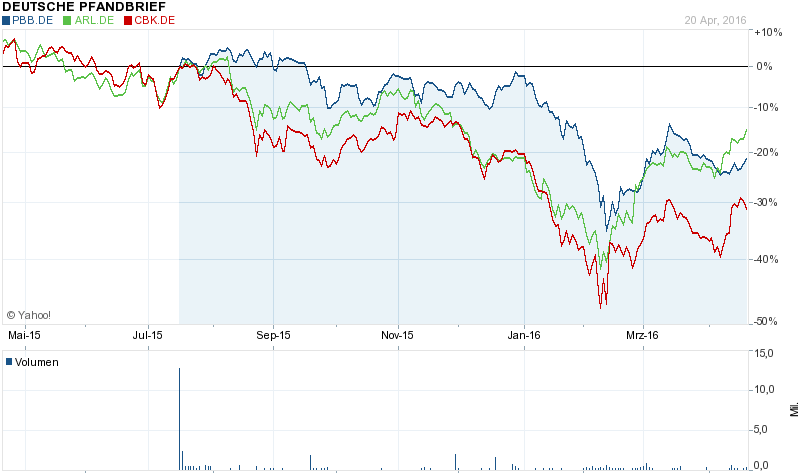 Already some days ago, Pfandbriefbank finally issued their 2015 annual report.

Including a positive tax impact, PBB recorded EPS of 1,71 EUR for 2015. Comprehensive Incomce, which in my opinion is even more important for banks was slightly better at 1,74 EUR per share. That results in a book equity of 20,42 EUR/share.

If we look at my investment case from back then, we can see that this is actually slightly better than I assumed (19,84 EUR).

On the other hand, they “lowballed” on 2016 earnings (“slightly below 190 mn EBIT”) which is below my initial case.

Those were my major other observations from reading the material:

Overall I would say that they seem to “lowball” at the moment, but that in principle the business does ok. Not great but OK.

Based on the guidance, I have updated my simplistic model (without dividends) to see how the case looks now:

The target prices are now clearly lower than before but also the price has dropped accordingly, so the overall case looks (based on todays prices) still attractive.

That poses now an interesting question: My projections were maybe too optimistic. However the price dropped so much, that from today’s price, the case still looks attractive. So should I sell the stocks because the fundamentals look worse or shoul dI buy more because at the current price the stockk looks attractive ?

Are my current assumption again too optimistic ? I don’t think so, but clearly no one knows for sure. I do think that they have now enough reserves to show the assumed profits for the next 2-3 year at least.

PBB’s mangement in 2015 still had fixed contracts, as they were owned by the government until the IPO: This is what they mention in the annual report (page 99):

Pursuant to section 10(2a) of the German Financial Markets Stabilisation Fund Act (Finanzmarktstabilisierungsfondsgesetz – «FMStFG»), until its privatisation in July 2015, pbb Group was prohibited from paying variable remuneration to the members of its Management Board, and its employees.Moreover, fixed salaries were limited to a maximum of € 500,000 per annum.

From 2016 on however, there will be bonuses:

Based on an analysis of requirements for such adjustments (which was already
carried out the year before), in 2015 pbb Group redesigned the remuneration systems for the Group in its current situation, in an appropriate manner that is in line with the law and prevailing market conditions, also introducing variable remuneration. This adjusted remuneration system was implemented with effect from the year 2016.

I guess that management didn’t have a large incentive to “talk up the stock” for now or show an aggressive write up of the Heta position, maybe this changes if they can now earn bonuses. At least, sharte price performance seems to play a role in determining the future bonus:

However no more details were provided.

Where are the activists ?

From a shareholder perspective, a quicker release of the HETA reserves and extra dividends clearly would be value enhancing (you get 1 your in cash instead of 0,44 P/B multiple), but it doesn’t look that management is highly motivated to do so for the time being. In my opinion, this could be a great case for an activist, especially when the Government most likely  sells its 20% stake in 2017.

Not only could an activist push for more dividends but also for a merger with Aareal which would be the natural fit as I wrote in the first post last year. It will be interesting to see if someone dares to go activist on a bank, but looking at the valuation it could be worth the effort.

Overall, despite the stock price drop since I bought it; I do think that PBB has still an attractive risk/return relationship as a special situation. Therefore, as I have already commented in the old post, I increased the position by 1% at 8,90 EUR per share.