Disclaimer: this is not investment research. PLEASE DO YOUR OWN RESEARCH !!!!

I really hesitated if I should keep this private but then decided against it. Believe it or not, I have again bought shares in Play Magnus. After initially buying the stock at around 16,90 NOK per share, I sold the shares at a loss at 14 NOK per share. Buying now again a 2% position at 17 NOK per share looks extremely stupid, but these are the reasons why I still did it:

So let’s see if this second attempt works better than the first one. My main learning from the first try is to be more careful on setting a mental stop loss.

There were some discussions in the blog, that some markets (for instance Spain) might not investable due to lack of controls, bad Governance etc.

However as a native German I have to concede that the German stock market, especially small caps is in a pretty bad shape from a Governance perspective. After Rocket Internet, Centrotec is the next example where a dominant shareholder tries to screw minority shareholders helped by the really weak governance of German stock markets.

Under German Law, a management board (not the shareholders !!) can decide to delist from official stock exchanges if they make an offer to minorities that is basically a trailing 3 month average. Following the Corona crash, Rocket Internet was the first company to do this, now Centrotec tries its luck. Before the announcement, the Centrotec stock traded at around 18 EUR and was on a nice upward trend, the 3 Month trailing offer however was only ~15 EUR: 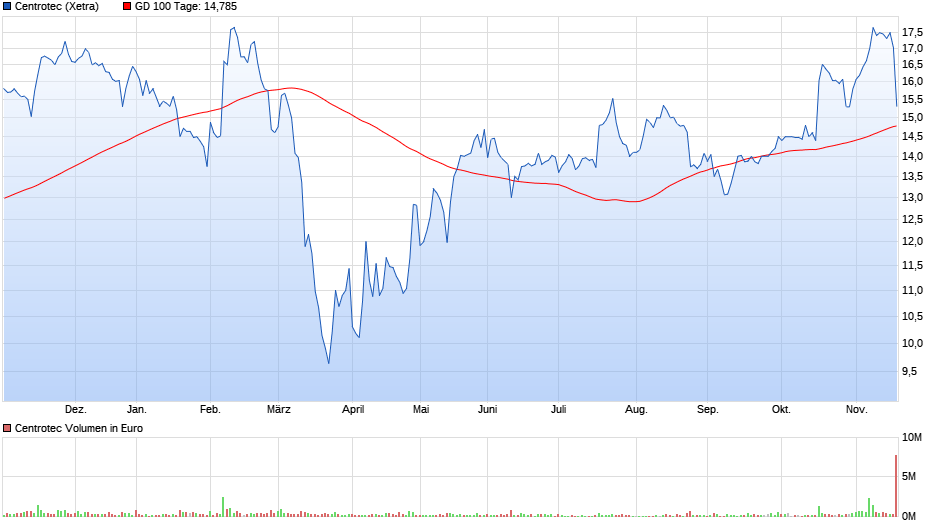 As most index and mutual fund investors are not allowed to own unlisted stock, there is usually a big loss once this delisting is announced. In some cases such as Rocket, the share price recovers, especially when some activist gets on board.

In Centrotec’s case I would have little hope for recovery. The CEO already bought through Centrotec a company from himself earlier this year and being non-listed will allow him to report less and even change to the very intransparent German GAAP standards.

I can only reiterate that one needs to be really careful with German small caps especially when you have a large shareholder who is interested to buy the company at a low price after a crash or shortly before a turn around. To my knowledge, this possibility to delist so easily doesn’t exist elsewhere in Europe. Usually you need to own at least a significant portion of the shares (usually >90% or so). In Germany, you would not even need a majority.

The only way to protect against this is trying to understand how a dominating shareholder thinks and if there is any hint that she/he might be tempted to screw minorities. If yes, then stay away.