Disclaimer: This is not investment advice. DO YOU OWN RESEARCH !!!!

Zur Rose AG is a Swiss company that specializes in selling / distributing pharmaceuticals. The core business is Swiss distribution business where they distribute pharmaceuticals to Doctors, as in some parts of Switzerland, Doctors canboth, prescribe and sell pills. In 2012, Zur Rose made a smart/lucky buy: For only 25 mn EUR, they bought German based online Pharmacy Doc Morris from Celesio, a German Pharmaceuticals wholeseller that got later acquired by McKesson (I owned the stock as special situation)

Ckearly, for IPO investors, the initial price now seems much too high and one could even call it a “failed IPO” to a certain extent. 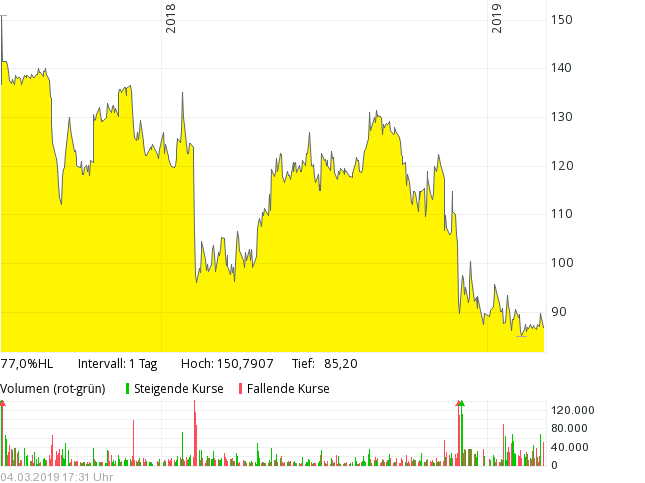 There are different sources, but all agree that the online pharmacy market in Germany will grow significantly over the coming years.

Currently around 13% of OTC pharmaceuticals are sold online, including prescriptions, the market shares is around 5% (only). So there is a lot of room to grow, most studies estimate around 10-15% growth per annum for the next 5 years or so.

However, the regulatory environment in Germany is difficult. Traditional pharmacies have a super strong political lobby and try everything to stop the (unavoidable) Trend. Lawsuits are raised on an ongoing basis (here for example).

The current regulation is messy, for instance Non-German online pharmacies can give discounts (DocMorris is Dutch), whereas German cannot. The German pharmacy lobby at the moment lobbies for banning online distribution of prescription medicine. (in Germany). However as DocMorris is a Dutch company, no one can prevent Germans from ordering in the Netherlands. In my opinion this is also one of the underestimated benefits of the EU which makes those local monopolies a lot harder to sustain.

However in my opinion, it is unavoidable that the online share will increase significantly going forward. Especially for people who need the same pills on a regular basis, online is a huge advantage. Another driver will be that the German Government is now pushing telemedicine as well as digital prescriptions. The current German health minister is rather innovation friendly, but personnel change in the German Government is always a risk.

As always with regulatory change, this could take longer as currently expected and will not be a smooth ride.

I think Zur Rose has one big advantage compared to Shop Apotheke: On their Swiss home market they have a very good testing ground in a more advanced health system. For instance they are trying to put pharmacy branches into Supermarkets or they provide the Software for Germany’s first experiments with electronic prescriptions in Hamburg.

So compared to ShopApotheke, I think Zur Rose has more options to play a larger role in the future in Healthcare than Shop Apotheke.

ShopApotheke is clearly a serious competitor but besides them there is little else. Yes, there are some people who try to compete via Amazon market place but to be honest, I don’t fear this so much at the moment as Amazon has thoroughly screwed up their search with “sponsored articles”. I also think that Amazon will not enter this market directly on their own in the near future. They will do something in healthcare but I am very sure that they will not try this in Germany on their own. Plus, the profit pool of the whole business in my opinion is much too low to justify a huge effort for Amazon, especially as their existing logistics cannot be used for pharmaceuticals.

I could actually imagine that they at some point in time try to acquire either Zur Rose or Shopapotheke similar to their PillPack acquisition in the US.

Not everything is great at Zur Rose. The company shows a loss for 2018 and even the established Swiss Business was only slightly profitable in 2018. However I do not have a problem with this especially as the unit economics look quite good for DocMorris and I am sure that once the dust settles, that they can achieve profitability. There is clearly the risk that the integration of the acquisitions takes longer than expected.

Another negative aspect is the, to put it mildly, suboptimal execution of their capital raise a few months ago. For instance, the largest shareholder, the Frey family did not participate due to a “bank transmission error”.

Just yesterday it was announced, that 2 members of the “Verwaltungsrat”, among them the representative of the Frey family, resigned. It seems that they are not happy about the recent pace of acquisitions.

I haven’t done a deep analysis but what I have read from the CEO for instance this interview makes a lot of sense. Management seems to own 5% of the company which is Ok. Overall I would judge management to be a slight positive despite the issues around the capital increase. There are clearly some issues with the major shareholder as mentioned above.

Zur Rose communicated that they target an EBITDA MArgin of 5-6% in the year 2022. For next year they expect sales of 1.6 bn CHF and 10% organic growth in the years thereafter.

Putting this together, management expects an EBITDA between 85 mn and 106 mn CHF for 2022 which, using a few assumption would translate into a target EPS range of 7,80 CHF to 9,70 CHF.

There are clearly many risks involved with this Stock. They need to proof that the German market will be profitable, there is significant regulatory risk, potential issues with integrating the acquisitions and there is always the threat of Amazon. Plus, the 15% shareholder might decide to sell shares at any time.

On the other hand, in my opinion the company is in a “sweet spot” regarding long-term growth opportunities. The german market has a good chance to grow double-digit organically and there might be additional opportunities in Europe.

Therefore I have established a 3% position at an average price of CHF 87,5 per share. For me this is part of my longer term “growth bucket”. This is clearly not a short term play but at least a 3-4 year “bet” on the health market especially in Germany. In the short term there could be clearly downside volatility.

I plan to add more shares if the integration of the acquisitions goes according to plan.