No analysis of Swatch (part 1 and part 2) would be complete without a look at Hong Kong listed company Hengdeli.

Hengdeli claims to be the largest luxury watch retailer in the world and sells mostly in Hong Kong and Mainland China. According to several sources, Hengdeli has a 35% market share in selling Swiss Watches in China, so they are of course important for Swatch. How important they are, shows another fact. According to the 2014 annual report, Hengedeli’s largest supplier is responsible for 71% (!!!) of all watches sold. The two largest suppliers account for 88% of all watches sold.

They give us the following information:

The Swatch Group Limited and LVMH Group, through their respective subsidiaries, constituted two of the five largest suppliers.

Looking at their program and pictures, it is pretty easy to see that Swatch is the one supplier which is responsible for 71% of supplies. If we just reconcile this with Swatch: Hengdeli had “cost of goods sold” of around 10,5 bn RMB. That’s roughly 1,5 bn EUR or 1,6 bn Swiss Francs. So Hengdeli is responsible for around 1,2 bn CHF of Swatch’s total sales or around (1,2/8,7)= 14% of the total sales of the Swatch Group.

Hengdeli is one of the best indicators what watch sales are doing in Hongkong and China. If we look at the stock price, we can see it doesn’t look good: 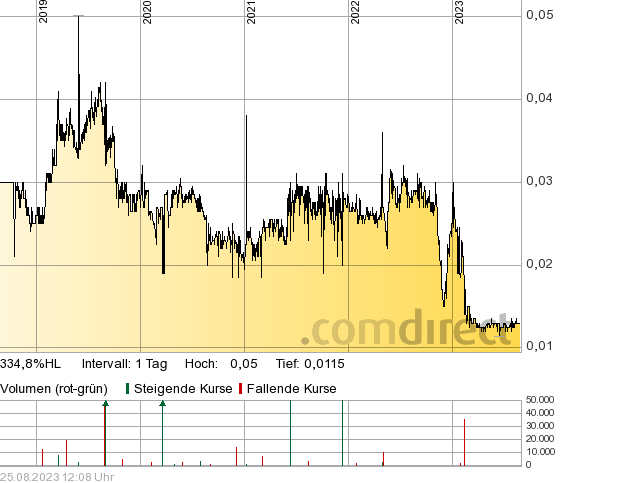 Those are selected figures over the last 10 years since their IPO in 2005:

The numbers are quite astonishing: Despite increasing sales per share 3 fold, EPS is at the 2007 levels. Their margins decreased significantly. The question is of course: Why ?

Gross margins improved slightly but distribution costs almost doubled in % of sales. Unfortunately, Hengdeli doesn’t give any details where the increase come from. Looking at similar retailers, for instance Signet in the US, we can see that gross margins are relatively low, but distribution cost was very low in the past too and is now back to normal.

The low gross margins might reflect the fact, that the Swiss Watch companies more or less control the final prices. The question remains why distribution costs increased so much. One of the explanations could be that maybe Swatch forced them to make more advertisement or the rents increased substantially.

Another explanation for the significantly lower margins starting 2013 could be the take over of “Harvest Max”. According to the filing (there is no information in the annual report), the company made no profit but had around 1bn HKD sales in 2013. Without Harvest Max, sales in 2013 would have been already flat. Also most of the 2014 sales growth came from HArvest Max and wholesale, both most likely very low margin businesses. Strangely enough, I didn’t find anything about Harvest Max in the internet. From the filing we only have this description:

Hengdeli doesn’t issue quarterly reports, however the half-year report 2015 already shows that for the first time since their IPO, overall sales declined significantly by -7% with unchanged number of stores. Retail sales were even weaker with -9% so that net margins went down again. Harvest Max still grows, whatever that means.

Overall; I think despite the large market share in China, Hengdeli has a relatively weak strategic position. Having one supplier dominate 70% of all sales does not create a very good bargaining position, especially when customers only care for the brand of the product. Maybe the service business and reputation helps them, on the other side they have the issue that anyone in China who is able to travel, can easily finance a weekend trip to Europe by buying the same watch for a lot less in any EUR country.

One should mention that both Swatch (~9,2%) as well as LVMH (~6%) hold stakes in Hengdeli. However for both holders, it is a tiny position. They will always try to maximize their profits from watch sales to Hengdeli and not care too much about the stock price.

Overall, I found the disclosure at Hengdeli very disappointing. The annual reports look like that text is copied from year to year and then just some numbers are adjusted. They don’t provide any meaningful information why certain things have happened. Despite the big market share in China, I think the business model is relatively weak. Customers want the watches, I am not sure if they care much for who sells them.

The stock looks optically cheap and if margins would go back to old levels, it would be very cheap. However I do have my doubts and I think the full effect of the slow down will hit them only in the coming quarters. Iw would not be surprised if they show a loss at some time, as despite the high market share in China, they don’t have a good competitive position within the value chain.

I do think Hengdeli is a good way to get a feeling how watch sales in China are doing, but for my taste it is not a very interesting investment.